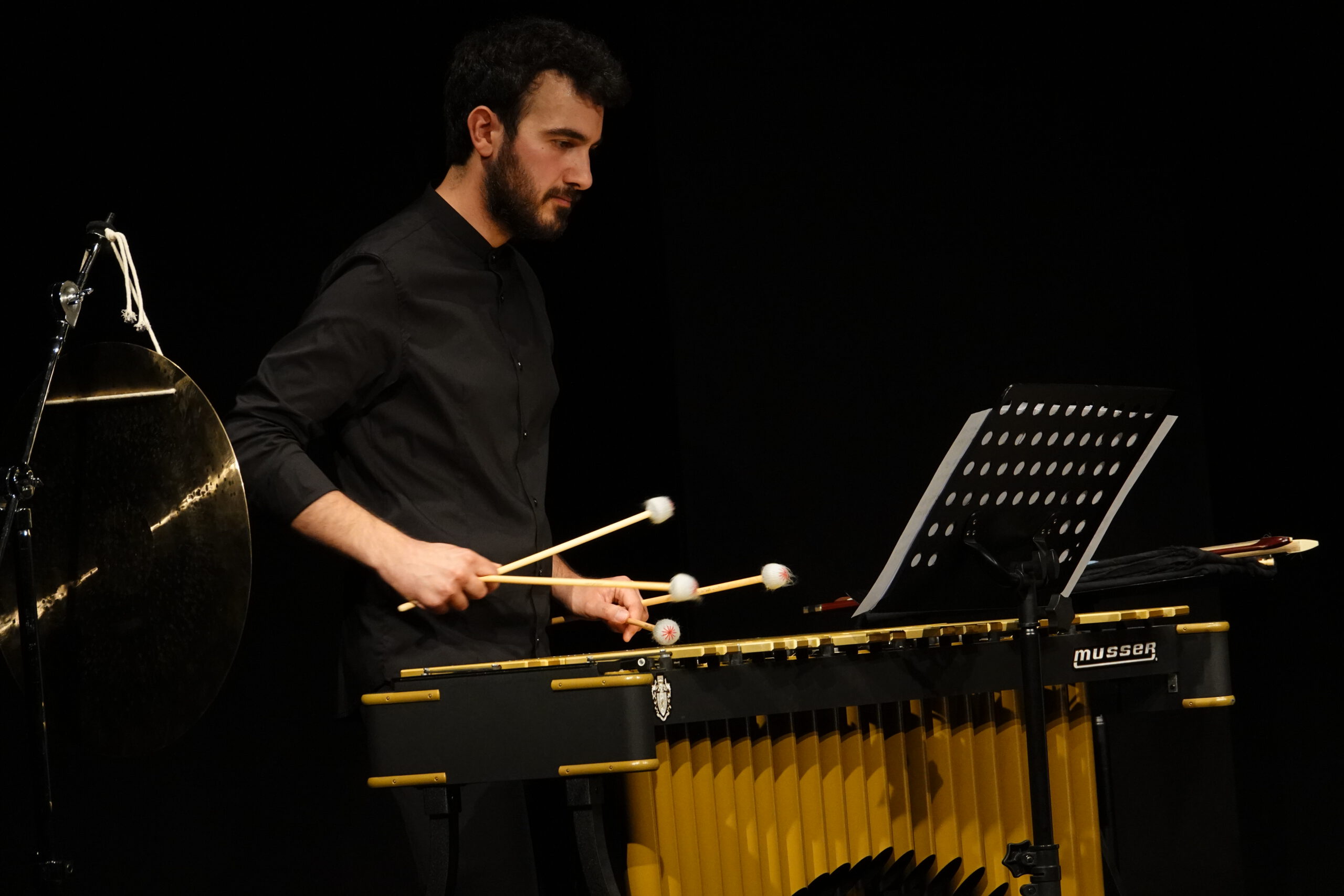 Nazareno Caputo studied classical percussion at the Conservatorio “Gesualdo da Venosa” in Potenza and at the Conservatorio “Luigi Cherubini” in Florence, where in 2013 he graduated with full marks and honors. He regulary participated in the concert seasons of the Orchestra del Cherubini in Florence and in 2013 he made his debut as soloist in Emmanuel Sejournè’s concert for vibraphone and orchestra. He studied at the Accademia del Suono in Milan, where he attended the specialization courses in vibraphone with Andrea Dulbecco.

Appointed among the winners of the Jazzit Awards 2018 in the vibraphone category, he appeared as a sideman in several projects, including Umberto Tricca’s Moksha Pulse and Ferdinando Romano’s Totem, and has created several duo collaborations (with harpist Stefania Scapin, with double bassist Gina Schwarz and with Leonardo Radicchi in the LOGOS project). In the field of chamber music he partecipated as member of various formations, among them: Stefano Battaglia Tabula Rasa Ensemble, Ensemble de Angelis, Bruno Tommaso Jazz Workshop.
He records as leader of the project PHYLUM the first album of the formation, which sees Ferdinando Romano on double bass and Mattia Galeotti on drums.

He performed in various festivals in Italy and abroad, such as 77°Festival del Maggio Musicale Fiorentino, Fabbrica Musica, Musikfest der MGNM in Munich, Time in Jazz, Nuoro Jazz Festival, Milestones Music Festival and many more.
He graduated in architecture at the University of Florence and his musical research is flanked by architectural research.