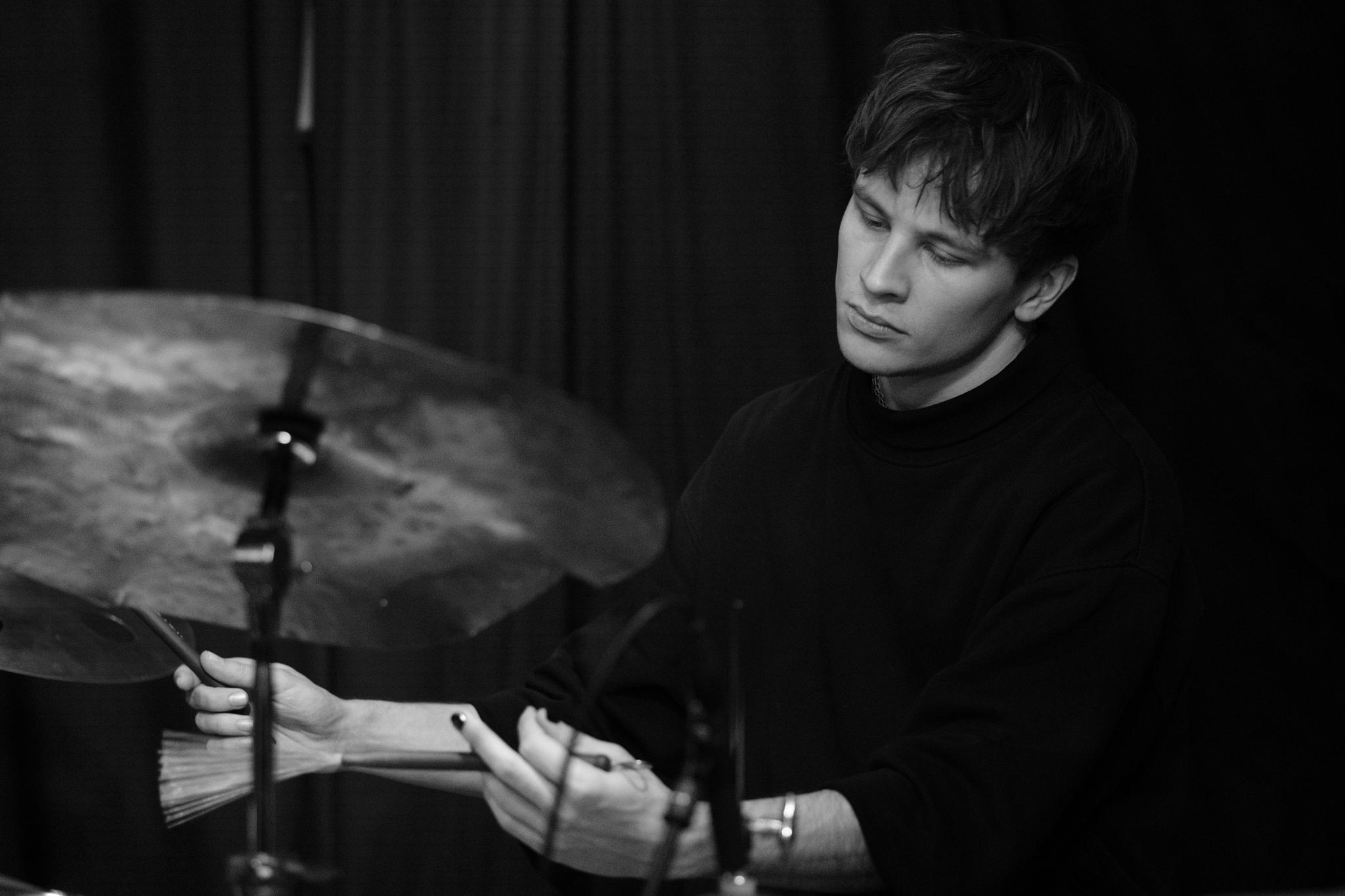 Thanks to his musical family and their support he started at a very young age to play and listen to jazz and classical music.
At the age of 16 he started doing a pre-college at the Musikhochschule Munich.
In 2014 he moved to Berlin and started studying at the Jazzinstitute Berlin under the guidance of John Hollenbeck, Kurt Rosenwinkel, Greg Cohen, Jim Black and others.

In 2013 he has won the “Walter Greffenius” scholarship.
From 2016 until 2018 he was playing drums in the Bundesjugendjazzorchester (Bujazzo).

He is organizing and curating a monthly concertseries together with Felix Henkelhausen at the Jazzbar Zukunft am Ostkreuz, which is called “Future Bash”, which is happening since January 2017.
They are playing composed and/or improvised sets of music with always changing band constellations, producing a visceral variety of sonic images.

Since he is fourteen he is producing and performing electronic music under the aliases “Alban Winter” and „Triggerboy“, which is blending experimental club/beat oriented music with his eclectic influences from his jazz and improvisational background.
Since 2018 he is producing for other artists as well (SALOMEA, TAU..).