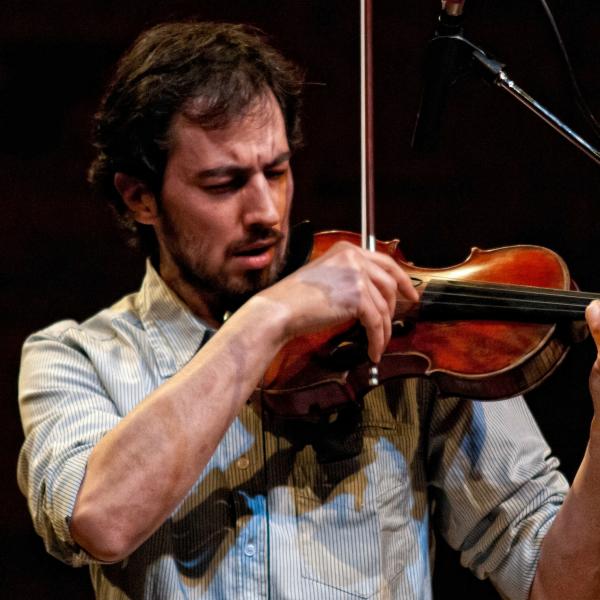 “In Italy a crucial role in the development of the violin is giving Emanuele Parrini, who intelligently distributed his contributions in various projects where the tool is available for any stylistic evolution, from shade to free improvisation, projects ethnicals, jazz, Parrini is unequaled in Italy for engagement and research in its field: sharing experiences Italian Instabile Orchestra, the Dinamitri Jazz Folklore, those Tiziano Tononi and Daniele Cavallanti and participating in a series of painstaking collaboration with other prominent musicians of the Italian and foreign scene, became a violinist Billy Bang on Italian soil. Among the most creative fishing free improvisation is impossible not to mention Vertical Invaders, and Tononi with William Parker, but certainly also the only recent album “Viaggio al Centro del Violino” is not far behind eitherin terms of artistic personalities of breath. ”