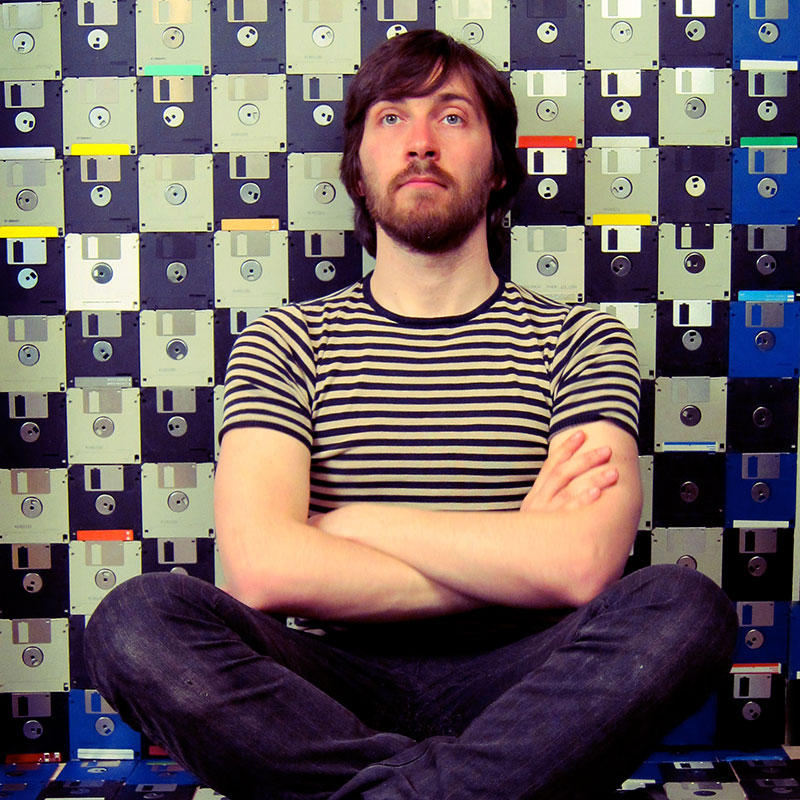 Bob Meanza is the pseudonym of Michele Pedrazzi, media artist and electronic musician born in Verona in 1978, now based in Berlin.

He studied piano with Riccardo Massari Spiritini in Verona, then with Fabrizio Puglisi in Bologna. In 2004 he enters the doctorate program in Semiotics directed by Umberto Eco, and earns his Ph.D. with a thesis on improvisation in music. In 2005 he’s at the rhodes piano with Kunfufunk (“The Blockhouse Sessions”), in 2006 publishes his first solo work (“Supper”), and in the following years joins as teacher and musician different projects connected with improvisation (with Cristina Cano, Francesco Ronzon, Francesco Cusa, Staffan Mossenmark, Butch Morris). From 2009 he attends to the electronic music courses at the Conservatory of Bolzano, obtaining in 2013 a Master degree in New Technologies, with a thesis on sound art. Meanwhile, his connections with the world of videoart and interaction design lead him to work with Studio Azzurro and N!03 in Milan, Teatro del Suono in Genoa, Asteria in Trento and, recently, with id3d-berlin and Beier+Wellach in Berlin.

As sound artist, he has done installative pieces (“Cicadas”, 2013) and collaborated with theatre groups (Barok The Great, La Pesatura dei Punti). Since 2012 he works with Marco Mendeni on the game art performance “I’m not playing”, presented at Robot#06, Bologna and FILE, San Paulo, Brasil. In 2013 he publishes “Three Diamond Ohms” (Phonoethics, 2013), an album with solo compositions for an old transistor organ, while his live activity in Berlin has been documented in “Live at the Loophole”, a concert album with the band Toxydoll (Aut Records, 2013). In 2015 he releases the studio album “OU”, recorded together with sitarist Filipe Dias De.