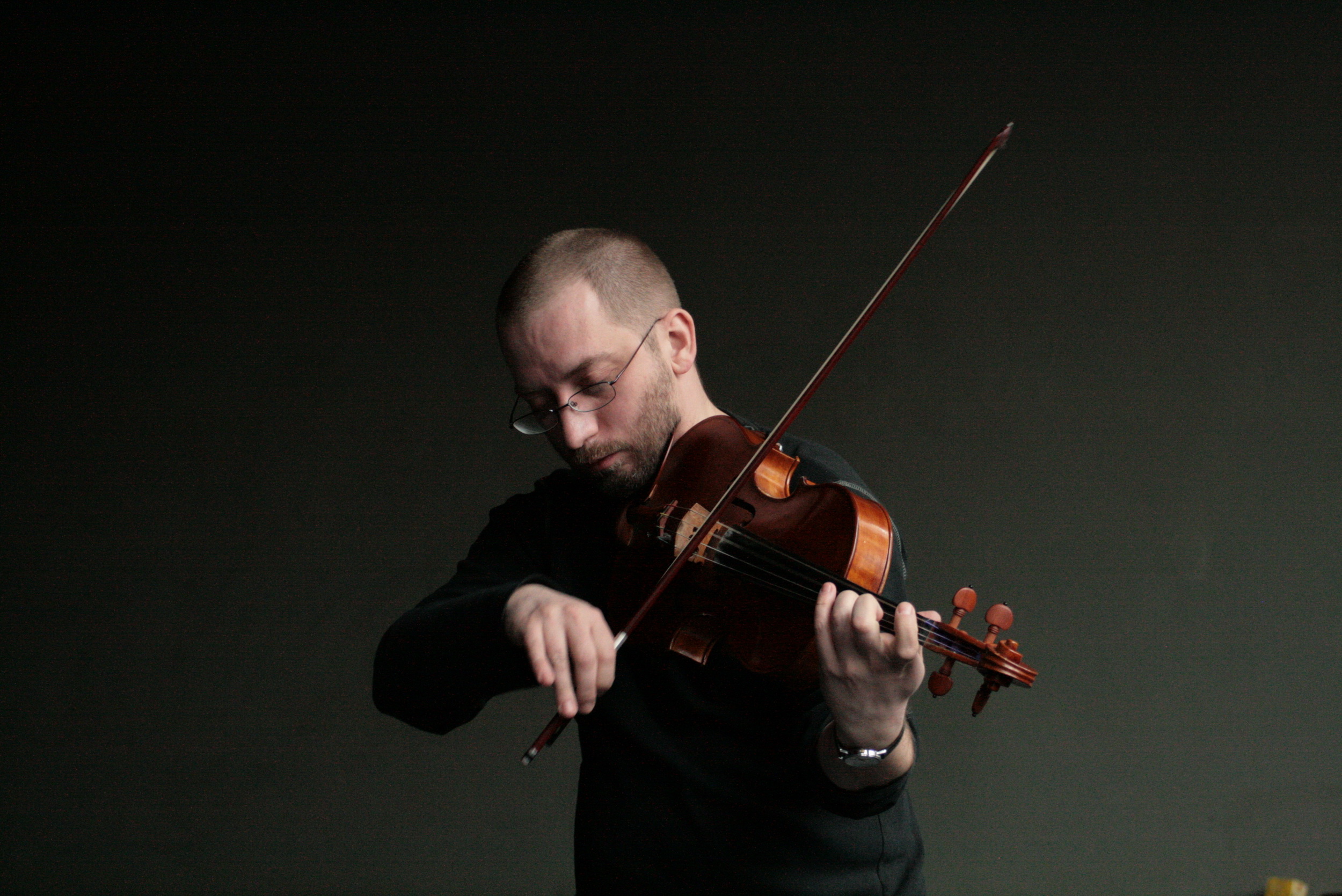 His orchestra plays contemporary improvised music, mostly performing his own compositions. As a composer, Mezei is interested in exploring the relationship between improvisation and composition (similarly to Witold Lutoslawski’s aleatoric and Anthony Braxton’s creative music methods), incorporating elements of jazz and authentic folk music as well. As a young musician he followed the path of B.Bartók and Gy.Szabados. Mezei is also very actively involved in composing scenic music and plays authentic Hungarian folk music on genuine folk instruments (koboz and oud).

Since 2001, Mezei is closely collaborating with choreographer Josef Nadj, director of the ‘Centre Chorégraphique National d’Orléans’ in Orléans, France. Their mutual project ‘Les Philosophes’ was selected theatre-piece of the year 2001 in France. The play was performed with great success at the ‘Festival of Dance’ in Cannes, France 2001, in Avignon 2002, in Brugge (Belgium – the capital of European Culture for the year 2002), in Orléans in October 2002, in Paris in May 2003, in Reggio Emilia (Italy), in Le Havre, in Nantes (France) 2004, and in London 2005. In 2006 they collaborated on a new project ‘Asobu’ (together with co-composer Akosh S.). This play was premiered at the Festival d’Avignon in 2006, then successfuly toured Europe and Japan.

In 2003 Mezei was invited by the Creative Workshop Ensemble of Denmark to tour in that country, performing some of his compositions.
In 2007 He was invited to play with The Fonda / Stevens Group. They held concerts in Magyarkanizsa, Zagreb, Graz, Oberwart, Cerkno, performing compositions by Michael Jefry Stevens, Joe Fonda and Mezei.

His ‘String Trio’ was performed at the Festival of Contemporary Music ‘Ondine ’98’ in Rovereto, Italy . The composition ‘Trio for Flute, Piano and Percussion’ won the 3rd prize at the 7th International Review of Composers in Beograd 1998 in the category of student-composers. He got the ‘Sterija Prize’ for the music of the theatre-piece ‘Szelídítések’ (Tamings). In 2004 Mezei won also the prize for music at the 54th ‘Festival of Professional Theatres’ in Vojvodina (for the theatre-piece ‘Via Italia’). In 2009 He won the prize for composition in Theater Festival “Joakim Vujic, Sabac, Serbia for the music in theater-piece “Tempest”. As a performer Mezei participated in many workshops of improvised and intuitive music (with Tim Hodgkinson in Budapest, William Parker in Győr, among others). Played so far with musicians/improvisors like Matthias Schubert, Tamás Geröly, Róbert Benkő, György Szabados, Mihály Dresch, Michael Hornstein, Tim Hodgkinson, Albert Márkos, Peter Ole Jörgensen, Jens Balder, Joe Fonda, Michael Jefry Stevens, Joelle Leandre, Hamid Drake, Herb Robertson, Frank Gratkowski, Charles Gayle. His writings on music were published in many periodicals in Former-Yugoslavia and Hungary.

Mezei is a member of the Composers Association of Serbia and the Hungarian ‘Gyorfree’ Jazz, Improvisative, Contemporary and Folk Music Workshop Comitee.

He lead the Szilárd Mezei Trio, Szilárd Mezei Quintet (/ Sextet / Septet / Octet / Ensemble), and plays in many formations (duo, trio, etc.) for improvising music (among others, in duet with György Szabados, and with His orchestra MAKUZ, The Fonda/Stevens Group, Burány Quartet, duet with Albert Márkos).