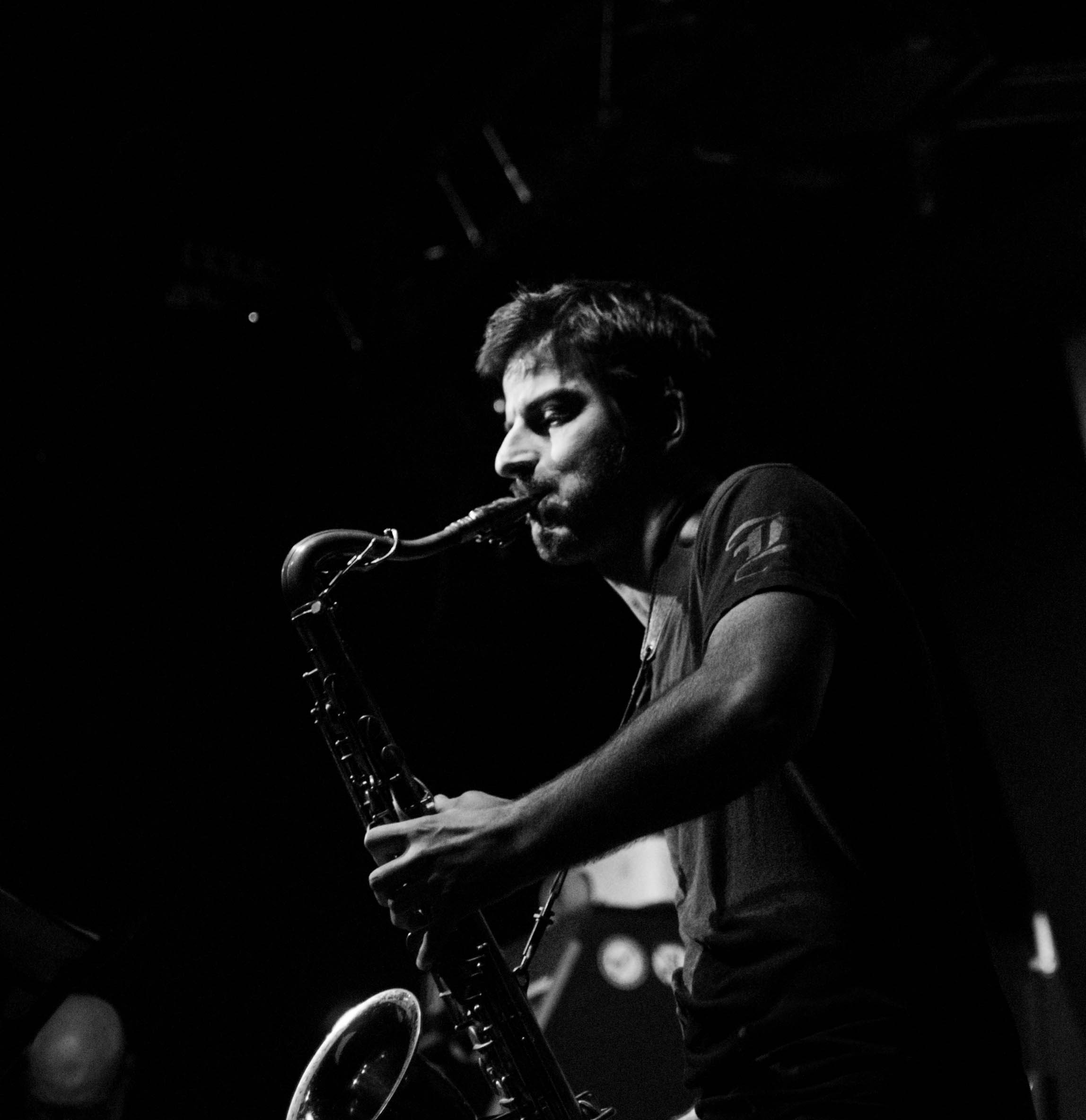 Born in Vittorio Veneto (ITA) in 1980, lives now in Berlin. He works as saxophone and clarinet player and teacher, and he is manager of Aut Records, label devoted to creative music.

During the 90’s he attended Music school ‘A. Corelli’ in Vittorio Veneto where he studied classical clarinet and saxophone with Dario Zandegiacomo. At the end of the 90’s he got involved in the punk-hardcore scene, playing electric bass and screaming in different bands. In 2005 he moved back to impro-jazz saxophone, taking private lessons during the years. He attended workshops by William Parker, Szilard Mezei and John Russell and played live sets in different places with bands such as ‘Improvvirusoundexperience’, ‘Kongrosian’, ‘Berlin Soundpainting Orchestra”, “Mountweazel” and “Echo Chamber”.

In 2006 and 2007 he organised ‘Variazioni’, research and experimental music Festival in Colle Umberto (TV).

In 2011 he moved to Berlin where he now plays regularly with the “Berlin Soundpainting Orchestra”, “Mountweazel” (quartet focused on graphics scores) and “Echo Chamber” (electro-jazz-core trio). He is still playing with the horns trio “Kongrosian” and he gave birth to another project called “Hic Salta”, focused on experimental recording sessions.

With the Aut Crew in September 2014 he organised the first label’s festival “Aut Fest” followed in December 2015 and in November 2016 by two other editions. In 2o17 the festival became occasionally a one night event.

Beside music Davide’s interests reside in philosophy, politics and science. In 2009 he graduated in Philosophy at the Ca’ Foscari University in Venice with a thesis on capitalism, nature and hunger called “Food for machines, hunger for humankind”. He is currently earning a second master at the Berlin Mind and Brain School at Humboldt University. His first article appeared in 2017 on the Swedish magazine “Subaltern”.