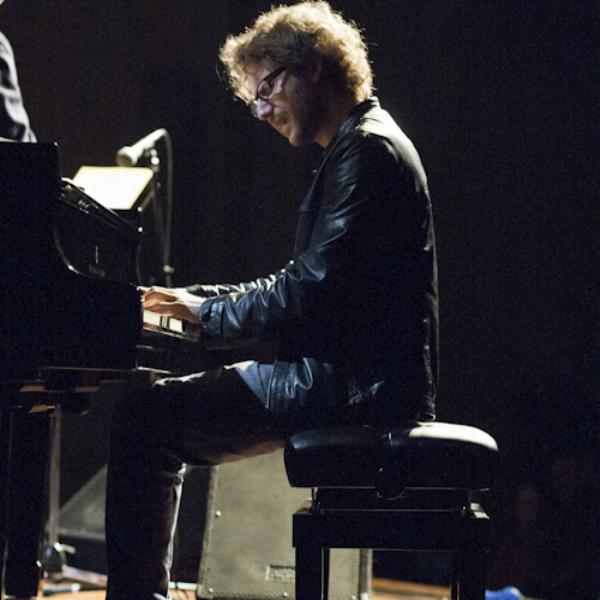 I was born in Florence. I began studying piano at age six. I graduated with honors in classical piano under the direction of Stefano Fiuzzi at the Conservatory of Florence “Luigi Cherubini”. Simultaneously with the classical music I have pursued the study of jazz music: I studied at the Berklee School of Music in Boston. I attended seminars and courses with John Taylor, Mauro Grossi, Kenny Wheeler, Mulgerw Miller, Riccardo Fassi, Enrico Pieranunzi, Stefano Bollani, Franco D’Andrea.
In recent years I had the opportunity to play and record with many musicians: Ares Tavolazzi, Chris Speed, David Binney, Tim Berne, Gilad Atzmon, Paul McCandless, Stefano “Cocco” Cantini, Luciano Biondini, Gabriele Mirabassi, Battista Lena, Francesco Petreni, Marco Tamburini, Francesco Cafiso, Walter Paoli, Danilo Gallo, Zeno De Rossi, Claudio Fasoli, Cristiano Arcelli, Daniele Mencarelli, Lello Pareti, Piero Borri, Nico Gori, Mirko Guerrini.
In 2009 I recorded “Lightwalls” with Ares Tavolazzi on bass and Stefano Tamborrino on drums for the record Dodicilune.
In 2010 the disc Lightwalls has been ranked among the best 100 national and international records of 2010 by the magazine JazzIt receiving the prestigious award Jazzit Award, and the Musica Jazz magazine named me one of the best new talent in the Top Jazz 2010.
In March 2012 after a tour in Italy, I recorded my new project, FRONTAL, a quintet with Chris Speed, David Binney, Gabriel Evangelista, Stefano Tamborrino, at the studio Artesuono in Cavalicco (UD) by the engineer Stefano Amerio. The disc is published by Auand RECORDS in April 2013.
Three years after Frontal has played in many exhibitions and festivals.
I classified myself 4th in the TOP JAZZ 2013, organized by Musica Jazz, in the category Best New Talent and Frontal was named one of the best discs of 2013 in the category “records of the year”. Since 2011 I’m teacher of piano and ensemble at the Siena Jazz Foundation (CFM). From 2014 I am a professor of piano at the University of Siena Jazz (SJU).