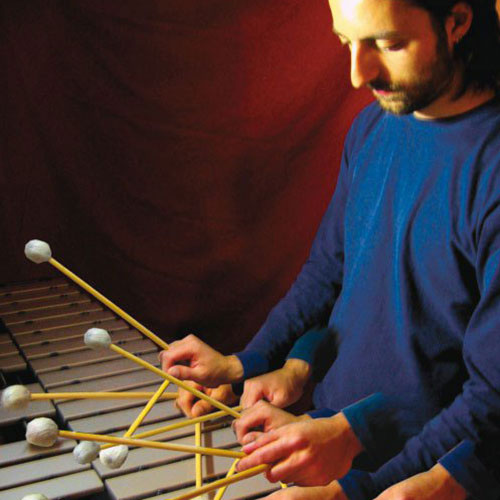 Luigi was born in Salerno (Italy) in 1982. He starded playing drums at the age of twelve with his father Pietro. At the age of thirteen he started playing vibraphone.

From 1998 partecipant in Workshop of vibraphone and marimba with David Friedman (Roma), Dave Samuels and Saverio Tasca (Bassano del Grappa), Ed Saindon.
In the 2002 Gratuated in Percussion Instrument at Conservatory (classic music) of Salerno with teacher Carlo Di Blasi.
In the 2009 Gratuated in Jazz Music at Conservatory of Castelfranco Veneto with teacher Pietro Tonolo.

In 2004 First at ”Premio Massimo Urbani” as new young talent of Italian Jazz.
In 2009 won the second price in the International Competition at the Getxo International Jazz Festival in Bilbao, Spain, with the band Vitale-Magatelli-Windfeld Trio.