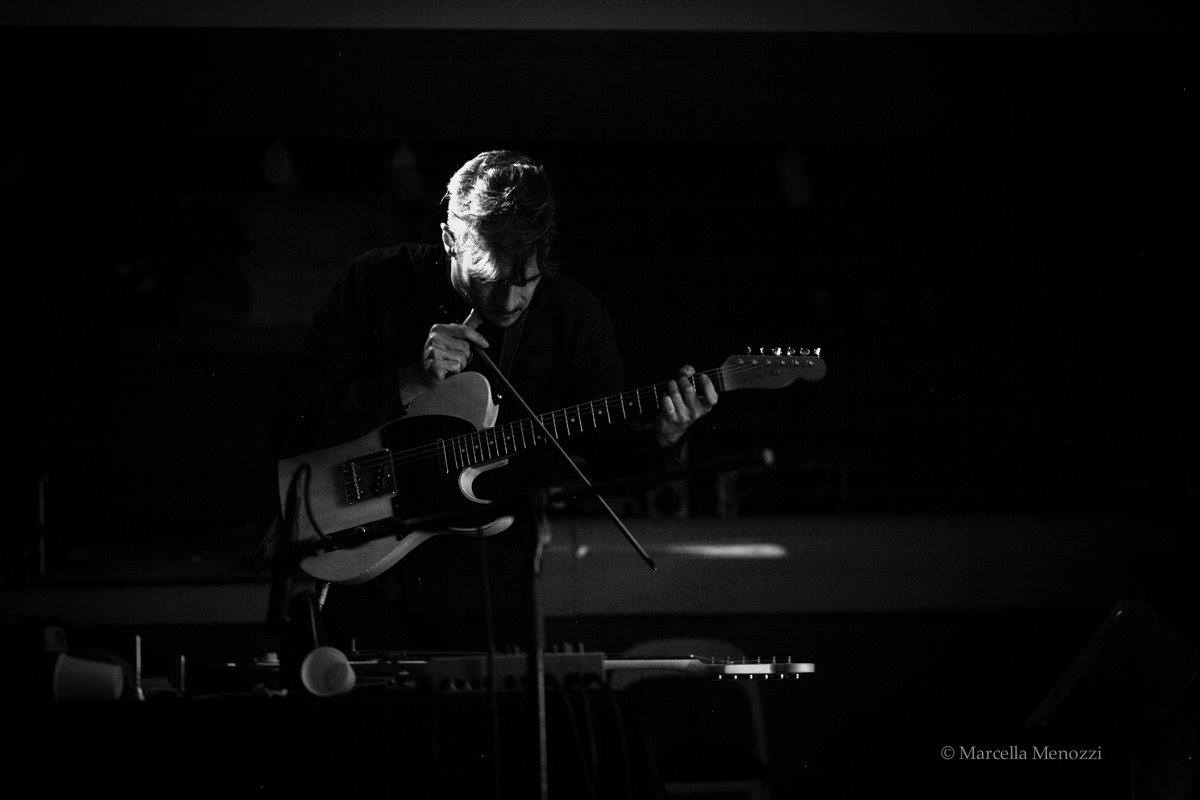 Guitarist, composer and sound designer from Italy. His passion for improvisation moved Perciballi to develop a personal view on form and a deep research on new sonorities and instrumental techniques, along with the use of live electronics. Influenced by his classical studies as composer his work tries to merge two different worlds like improvisation and composition: in his artistic output there’s a balance between an exact and sharp writing and the spontaneous feeling of improvisation.

His activity as a musician covers a wide range of experiences: mainly he performs in the field of creative improvisation but he’s comfortable with the jazz idiom. As al composer Perciballi writes music for small and large ensemble, ranging from film music to theatre and dance acts.

He recieved commission from many ensembles like Dissonanz, Hume, Harpschule Graatz consort, Vocalmix. During the years he was resident composer for Tempo Reale, Institute de Culture Italienne in Paris and Teatro Cavidani in Trieste.

Active a sound designer for contemporary performances Perciballi is interested in the possibilities of the interaction between visuals and music and the use of the spoken word in musical contexts. His work in this field ranges from installation to electroacoustic music, combining multimedia elements with technology and traditional means of sound production.

His crave for multimedia experiences led him to work as soundtrack composer both for theater and cinema as well as a dance companies. Comfortable with other arts even as performer he created with painter Mattia Scappini the duo Fragile, active or more than 10 years, and working on improvised audio/visual performances based on codes mutated from Paul’s Klee. His relationship with spoken word and poetry is evident in his many collaboration with theatre and with poets such as Enrico Trebbi and Antonio Bertoni.

In a period of six years he cultivated a personal and artist relationship with Lawrence Douglas Butch Morris, the famous inventor of Conduction, that lead him to perform and work as assistant of his beloved master. His work as conductor continues with his own ensemble Fragile Orchestra.

His music was performed all over Europe and Asia by various ensemble and he gave concert as improviser and performer in Italy, Belgium, France, Germany, The Netherlands, United Kingdom. During his career he collaborated with many artist from various environment such as Marc Ducret, Butch Morris, Alessandro Bosetti, Barre Philips, Anthony Moreno and Italian glories as Roberto Bonati, Renato Sellani, Roberto Dani, Mauro Ottolini.

>During the years he won important awards like Italian Jazz Graffiti 2012 (New talent in Italian Jazz), the important Premio Gaslini Prize 2016 and the FLUX residency as a composer at Tempo Reale (New music Research foundation) in 2017 and again in 2018 for the AUDIOVISIONI SOUNDSCAPES prize. During 2019 he was composer/performer in residence at Institute culturel Italienne in Paris