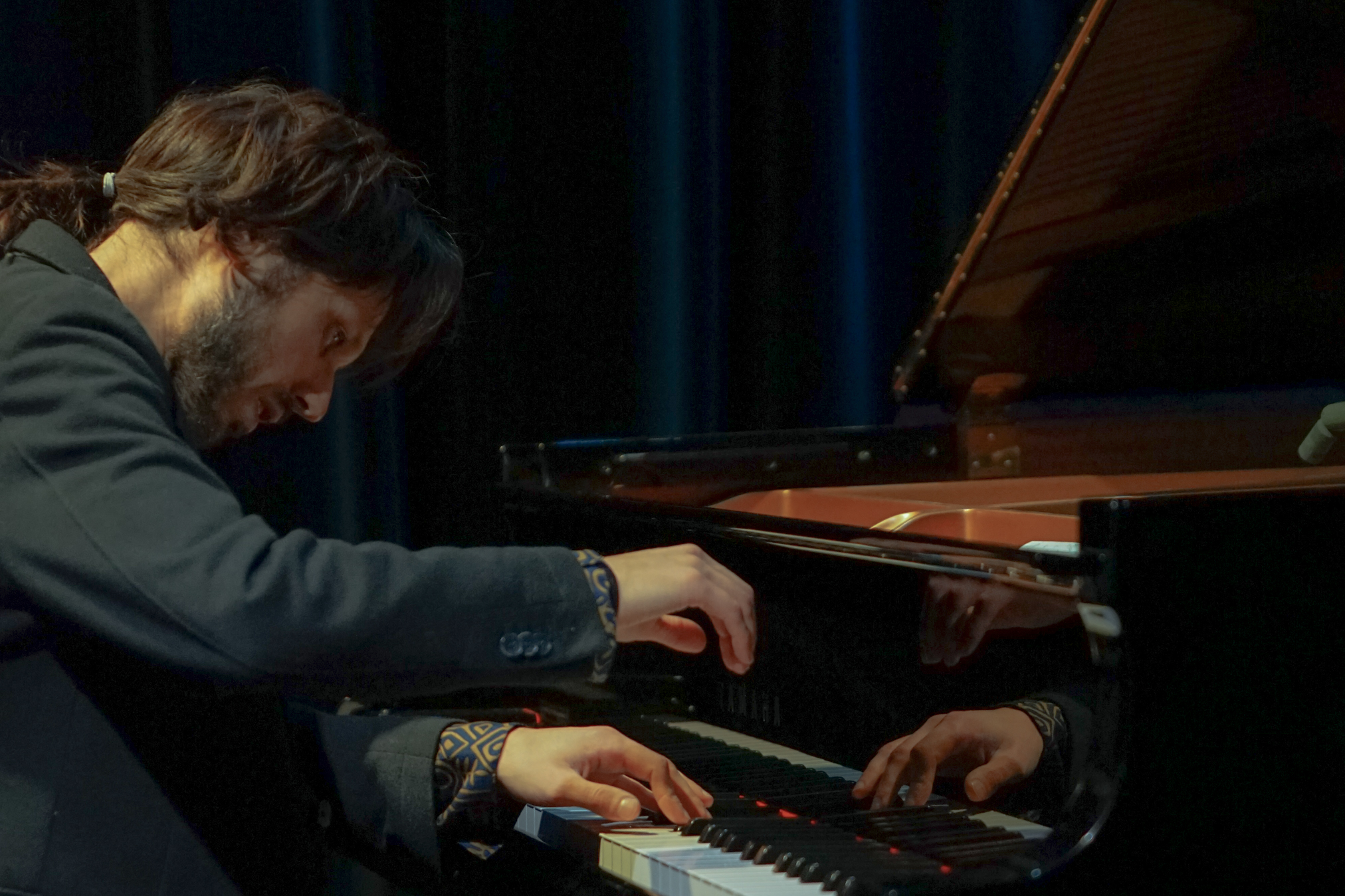 Pianist and composer in constant research through improvisation, Carlo Maria Nartoni starts with a classical education and then moves on to jazz and finally to free improvisation.
In the early years of his career, he became the permanent pianist of the Civica Jazz Band directed by Enrico Intra and had the opportunity to perform with big names in jazz, including Kenny Wheeler, Enrico Rava, and Franco Cerri, to name but a few. In those years he also collaborated with Franco Ambrosetti’s quintet.

In 2006 a problem with his arms forced him to stop his musical activity for a few years.
After this difficult period, he moved closer and closer to an inner and spiritual search and extemporaneous improvisation became the fundamental means of expression and self-knowledge. Each of his projects today is characterized by moments of free improvisation through what he calls the “poetics of the moment”.
Following this wave, the “Improvvisi” project was born, where the pianist dialogues in various ensembles with different musicians, which will lead to the recording of an album in Duo with guitarist Jacopo Bertacco. Subsequently, a meeting with two Norwegian musicians led to the birth of his “Norwegian Trio” with whom he released “Syria” in 2017. The album, recorded for Unit Records, was well-received by critics.
For several years now, he has also been working on a Piano Solo project, which is due to release its first album this year, recorded at the Auditorio RSI in Lugano and composed almost exclusively of extemporary improvisations.

Other projects and collaborations constantly influence the work of Carlo Maria Nartoni, an artist who always defines himself as curious and open to discovering new worlds of sound. Hence the meeting with percussionist Ivano Torre, which led to the “Cantus Avium” project, and the collaboration with the “Alonisma” ensemble together with musicians from Greece and Turkey.

In addition to his concert activities, he regularly holds seminars and improvisation workshops in Italy and Switzerland.