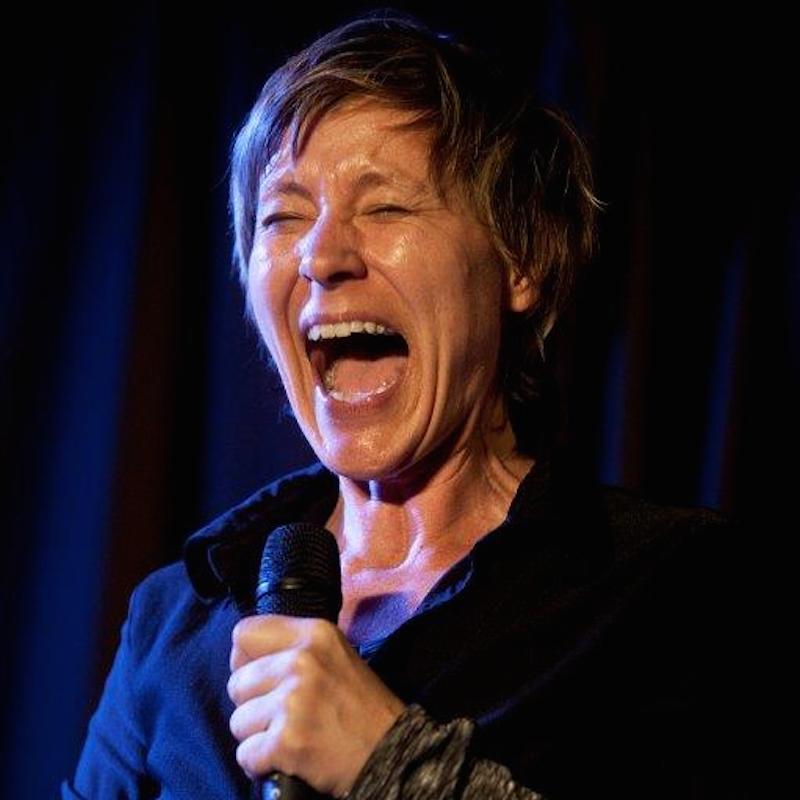 Annette Giesriegl was born 1966 in Innsbruck, Austria and lives since 1990 in Graz, Austria. She is a vocalist who crosses boundaries, whose education started in jazz music. She studied jazz singing at the University of Music and Performing Arts in Graz, where she now teaches since 2006 as a Senior lecturer for Jazz Voice and Body Awareness.

She has spent years exploring the sonic range and potential of the voice and finds musical expression for the explorations in free improvisation. She also uses electronics since the early 1990ies to heighten the expansion and range of vocal sound in her free improvisations. She spent some time in London studying Indian music with an emphasis on Indian vocal techniques. She performs regularly in the free music scene in London. She furthermore performed in Austria, Germany, Poland, Turkey, The States, Russia, Israel, Denmark, Lithuania, etc…
Her projects are incorporating musics from Free Jazz, New Music, Ethno to Experimental Music. Her latest projects are: Barcode Quartet with Elisabeth Harnik (p), Alison Blunt (v), Josef Klammer (dr) – CD released 2012 (SLAMCD288), with a concert tour in 2013 in Australia and Newzealand (Soundout Festival 2013) and Patchwork Voices, a voice project with vocalist Claudia Cervenca from Vienna -CD released 2014 (AUTO11) and the Vociferous Choir, a project with Veryan Weston (UK). CD released 2011 – (EMANEM 5015). Giesriegl is a founder and regular conductor of the Styrian Improvisers Orchestra, which performs 6x a year in Graz/Austria.
Since 2012 Giesriegl is a member of the leading team of V:NM Graz, Association for promotion and dissemination of New Music, based in Graz, organising a festival every second year: www.vnm.mur.at