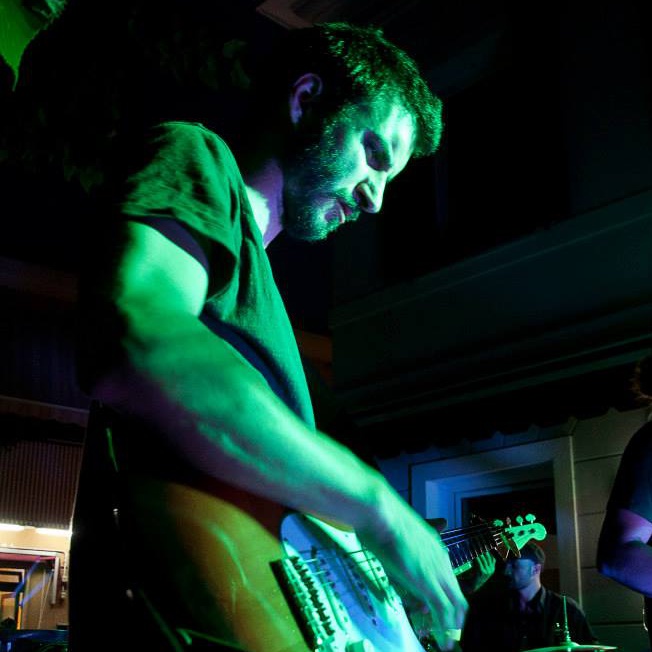 He’s only 13 but he thinks he’s already a rockstar when he smashes his guitar against the wall.
That was the expression of his natural-born psychedelic aptitude and a sign of his hidden love for distortions and scratched noises.
Shortly after, because of the cost of repairs, he left music for some months.
In the following years, he studied Jazz music at the “A. Buzzolla” conservatory in Adria and also with many great musicians such as K. Rosenwinkel, B. Ferra, P. dalla Porta, A. Zanchi, S. Gibellini, F. Casagrande.
He lives hand to mouth, playing music while preparing the big con for leaving for Honolulu.
He had the chance to play with D. Gallo, P. Bittolo Bon, J. Weinstein, A. Fedrigo, G. Natoli, T. Cattano.
In 2011 he lives in New York for 2 months where he attends B. Harris’ workshop and hung around with local musicians.
In 2012 comes the turning point: he learns the French drop for making coins disappear like a magician.
In 2014 he arranges for Saya 5et the album Ho un pinguino nella scarpa the of a project of Italian music.
Out in 2015 the album Down on earth (Urban Killas): a cultural project Jazz-Rock-Psychedelic-Noise founded on the concept of climatic and
environmental drift in our time, eviscerated through the kaleidoscopic shapes of jazz.