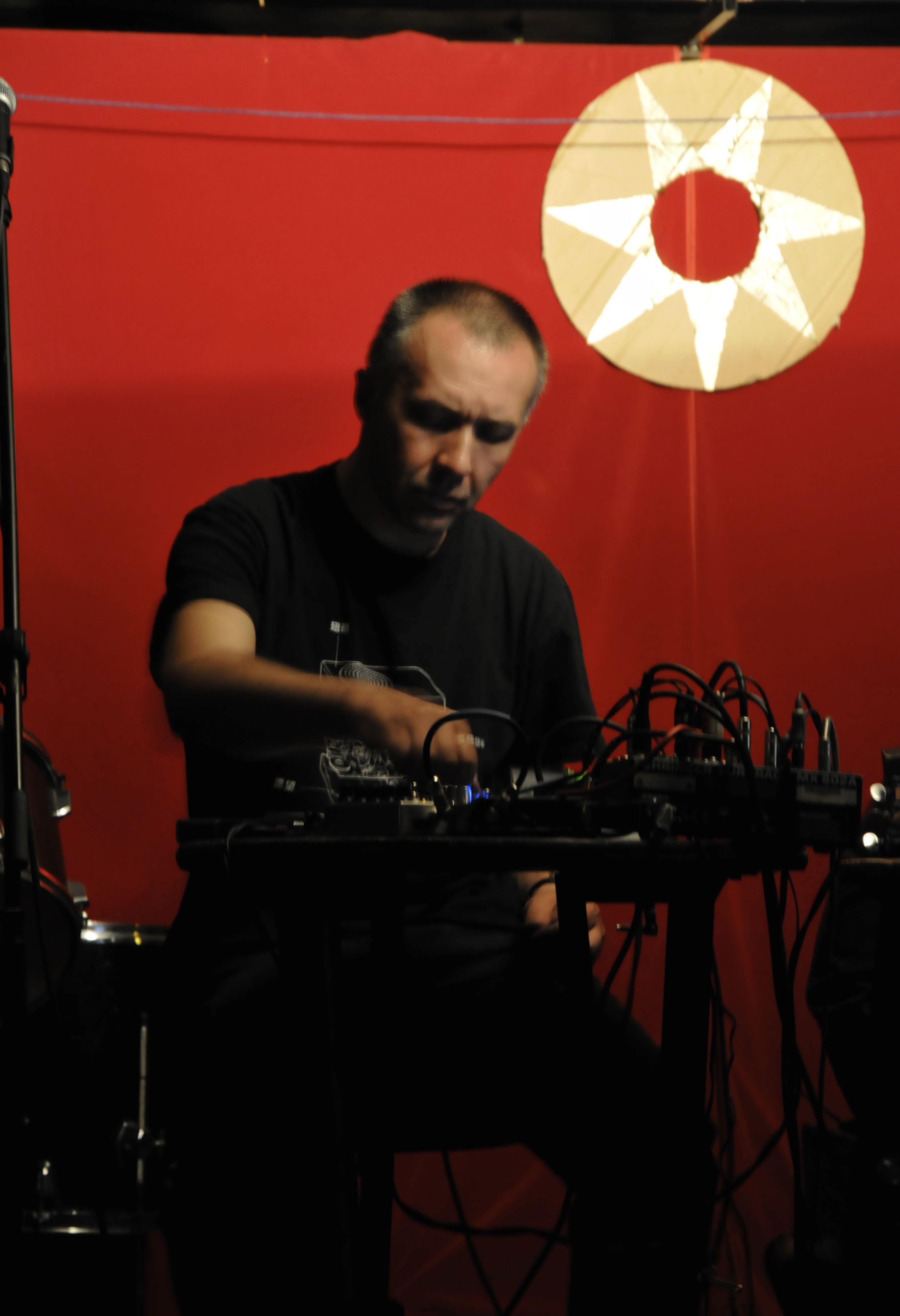 Born in Moscow on December 7, 1960. Borisov graduated from the Moscow State University where he had studied History and Arts. His controversial performing career (as a guitarist) began in the Center new-wave group, in 1980. Next year, he formed the Prospekt mod-band, and re-modeled it in 1985 as the shifting Notchnoi Prospekt with then-partner Ivan Sokolovsky. After the dissolution of the band in the beginning 1990s, he surfaced then in the “noise reconstruction and techno acoustics” duo F.R.U.I.T.S. with Pavel Zhagun (also known as Piezo) and in various short-lived art/noise/industrial acts Like Joint Committee, Atomic Bisquit Orchestra. He and his previous associate, the experimental Finnish sound-sculptor Anton Nikkila, established in 2000 their own N&B Research Digest label.