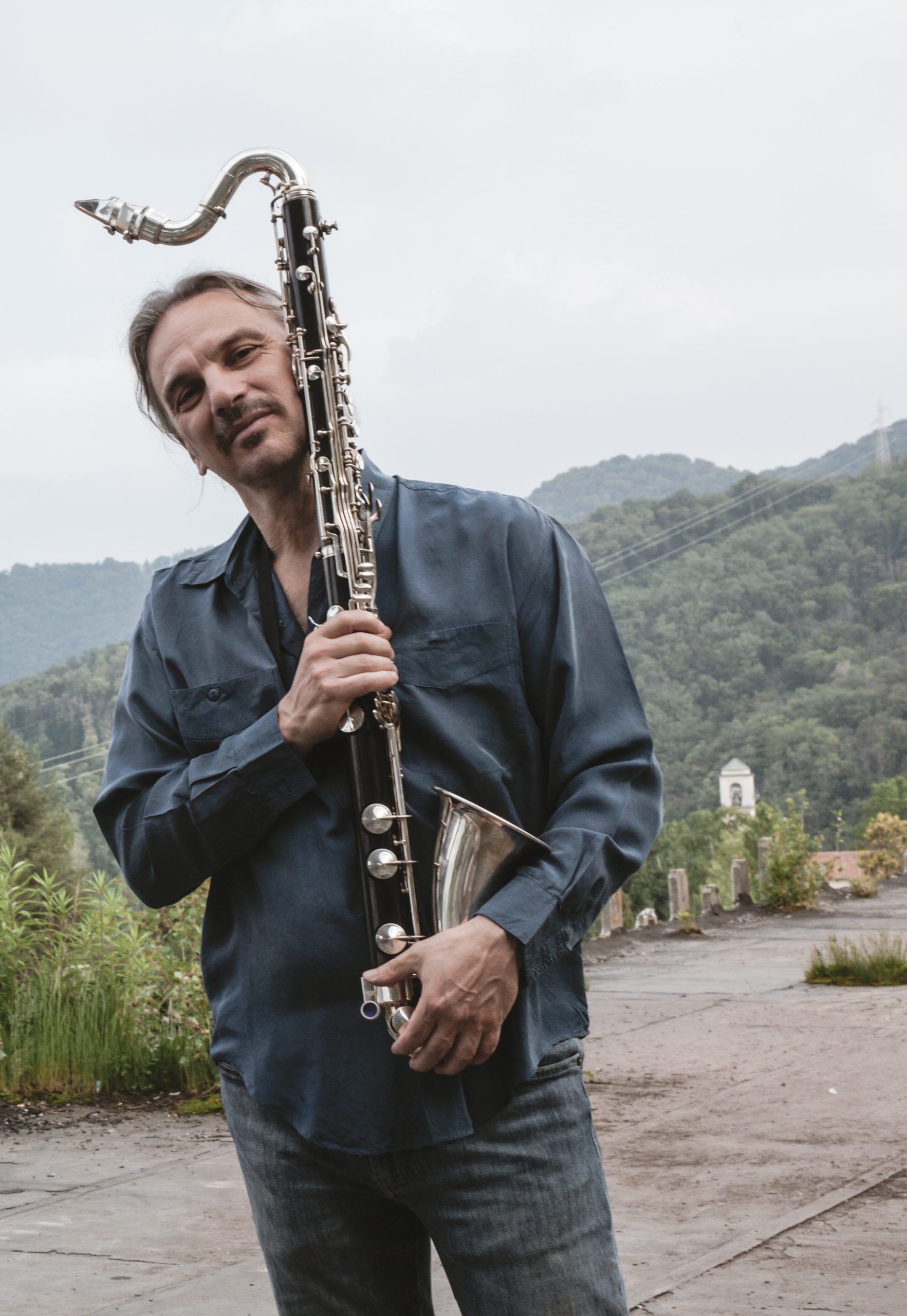 An eclectic musician, he is active above all in the fields of jazz, classical and ethnic music. He has been klept “the wayfarer of music” (Stefano Cazzato 4arts.it). He is a musical explorer-traveller who has always been interested in the relationships existing between tradition and contemporaneity and prefers the language of the so-called “crossover” genre, a distillation of experiences in various ambits free from stylistic barriers. His approach to the world of sound is characterised by personal, open curiosity. He has interacted significantly with different environments, with Enrico Fazio, Eddie Prevost, Antony Pay.
His musical education embraces both classical and jazz. In addition to graduating from the Conservatory, he has attended various courses and seminars as well as obtaining important awards in international competitions.
His artistic life-journey has seen him collaborating in the creation of international-scope projects in many very different fields: from Antony Pay to Enrico Fazio, from Simone Cristicchi to Tollak Ollestad and others. He has been involved in the production of theatrical and musical events. He performs all over the world: the United States, Europe, China, Russia, as well as in all Italy’s the major Italian theatres and concert halls.
He conducts the Maniscalchi O.M. Orchestra with which he performs in important venues.
He has recorded for several radio and television networks: RAI, RSI and others. He has made and published more than 20 CD’s.
He is Full Professor of Clarinet at the “Arrigo Pedrollo” State Musical Conservatory of Vicenza.
Among the various collaborations he has been involved in we wish to mention those with Achille Succi, Enrico Fazio, Alberto Mandarini, Giovanni Falzone, Antony Pay, Gloria Banditelli, Sergio Foresti, Tollak Ollestad, Antonio Zambrini, Marco Ricci, Simone Cristicchi, The Marinetti Sisters, Angelo Branduardi and many other artists