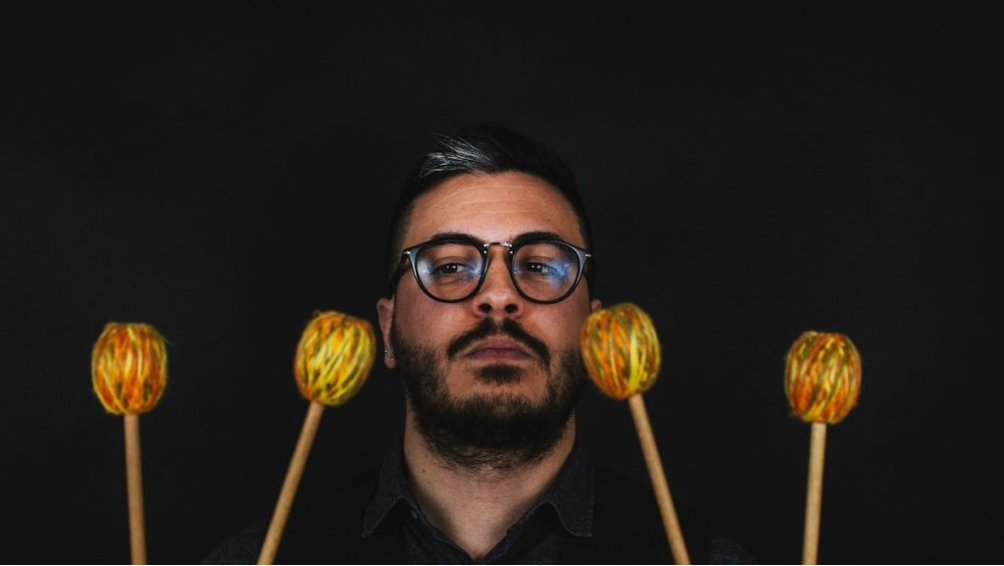 Salvo Scucces was born in Modica, Italy in 1988. He graduated in Classical Percussion from the Conservatoire “G. Verdi” of Milan and he is presently attending the Master of Music in vibraphone and marimba in M° Andrea Dulbecco’s class.
In 2019 he was admitted to Centro Sperimentale di Cinematografia in Rome for the ninth edition of the CSC Lab “Musica per Film” which was attended by prestigious names of Italian cinema including: Paolo Buonvino, Pasquale Catalano, Andrea Farri, Pivio, Teho Teardo, Carlo Crivelli, Daniele Luchetti.
He has performed with several symphonic and chamber orchestras, playing in Italy and abroad.
Also active in jazz and pop music, he has performed with many bands and jazz orchestras all over Italy. He performed Drums and Percussion Instruments at Teatro Nazionale of Milan in various musical such as: “Sister Act” (2011-12), “Disney – Newsies” (2015), “Footloose” (2016-17), “Mary Poppins” (2018-19).