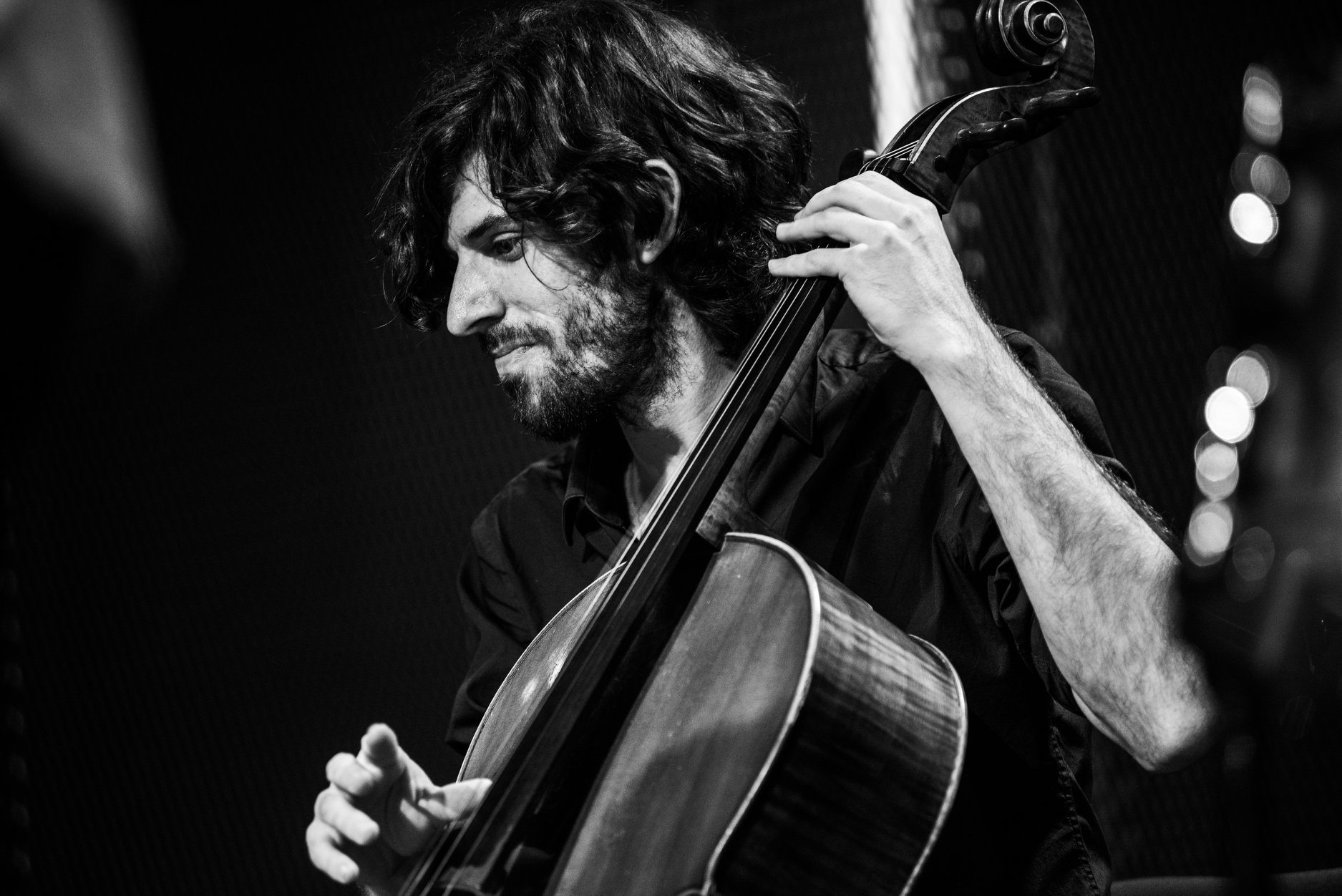 Pau Sola (Barcelona, Spain, 1989) is an educator, cellist, and composer. He graduated from Escola Superior de Música de Catalunya (ESMuC, Spain) in 2013 with a Graduate Degree in Music specialized in Composition. Since 2014 he has been developing his improvisation skills with several lessons and masterclasses with musicians like Agustí Fernandez, Peter Evans, or Wilbert de Joode. In 2016 he completed a Postgraduate Diploma in chamber music at ESMuC with the pianist Kennedy Moretti. In 2017 he did the program “Contemporary Music Through Non- Western Techniques” in the Conservatorium van Amsterdam (CvA). In 2019 he graduated from the Conservatorium van Amsterdam, with a Master degree in Cello Jazz.
In 2013 he was one of the founders of the initiative TIA MUDA to explore the relationship between musicians and dancers through improvisation. The same year he developed different performance pieces with Marta Dalmau (dancer) exploring this relation and created the company 3cossos with Sarah Claman (violinist) and Marta Moran (dancer). In 2016 he presented the performance “Ojos de Oro” in Essen, co-created with the artist Susanna Inglada and the dancer Tashi Iwaoka. Since 2017 he is a member in the collective of musicians and dancers “Wonderland”, offering performance for toddlers.
Since 2013 he has been involved in the free-improvisation scene in Barcelona performing and recording with the Discordian Community Ensemble. Afterward, since September 2016 he has been involved in the free improvisation scene in Amsterdam, collaborating with musicians like Michael Moore, Wilbert de Jode, Jasper Stadhouders or Ada Rave.
Since 2017, he has been involved in many projects on the border between classical music, music theater, free improvisation, and Jazz participating in different festivals like Oranjewoud festival and Oerol (main program 2018), with Prikkel by AM.OK.; Cello Biennale (Amsterdam) with Harald Austbo quintet; So what’s next? (Eindhoven) and Transitions Jazz festival (Utrecht) with The Twists by Philipp Rütgers; he also participated in 3 concerts of the cycle Silence in the Oude Kerk (Amsterdam).