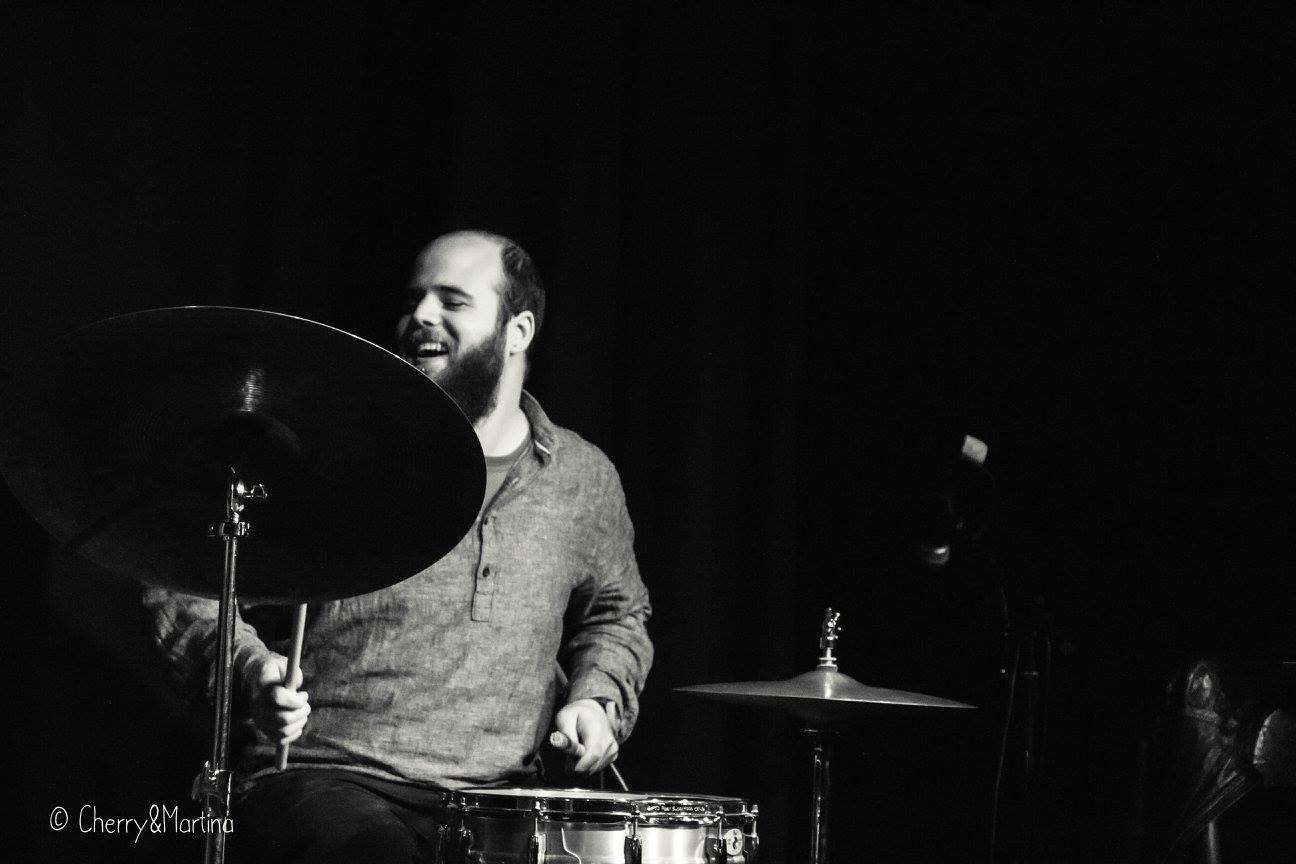 Nick Thessalonikefs was born on July 24th 1989 in Athens Greece. At the age of 14 he started studying music in a local private music school.
In 2008 he entered the Technological Institute of Athens to study “Conservation of Antiquities and Works of Art”.
At the same year he became a student of Modern Music School, where he attended private courses with drum-instructor Michael Kapilidis, who inspired and introduced him in the world of jazz music.
In 2009 he joined a two year study program “Professional Program for Drums” and in 2011 he graduated with honors.
In 2014 he moved to Amsterdam and he got admitted to the Bachelor Jazz program at the Conservatorium van Amsterdam.
There he collaborates with several musicians, and at the same time he creates a piano trio, with Orestis Petrakis and Pedro Ivo Ferreira, called Canvas.
A year later he starts recording the first album of Canvas and in the spring of 2016 he participates in the competition of Keep an Eye where he obtains, with his trio(Canvas), the Incentive Prize in the semifinals, and the Best CvA Soloist (finals).
In the summer of 2016 he participates in Siena Jazz summer workshop (as the price of the Keep an Eye competition) where he is having classes with musicians such as Jeff Ballard, Justin Brown, Ben Wendel, Harish Raghavan, Theo Bleckmann, Ben Monder, Aaron Parks, Stefano Battaglia and others.
Later on, in the spring of 2017 the debut album of the trio is being released with the name “Common Ground”. A year later the trio is about to release their second album called “Transitions”.
Close to the end of 2017 he joins Federico Calcagno’s band Liquid Identities and in the spring of 2019 he participates with them in the finals of Keep an Eye jazz competition where the band wins the second prize.
In the summer of 2018 he graduates with honors from the Bachelors program of the Conservatorium van Amsterdam and he is accepted to the Masters program “Jazz Performance”.
Recently he has been working on his own compositions, writing music for his own group as a leader, while at the same time he participates in various projects such us the Adrian Moncada sextet, Onder, Noneto Desconcertante, Stab Freeze Collective, and others.