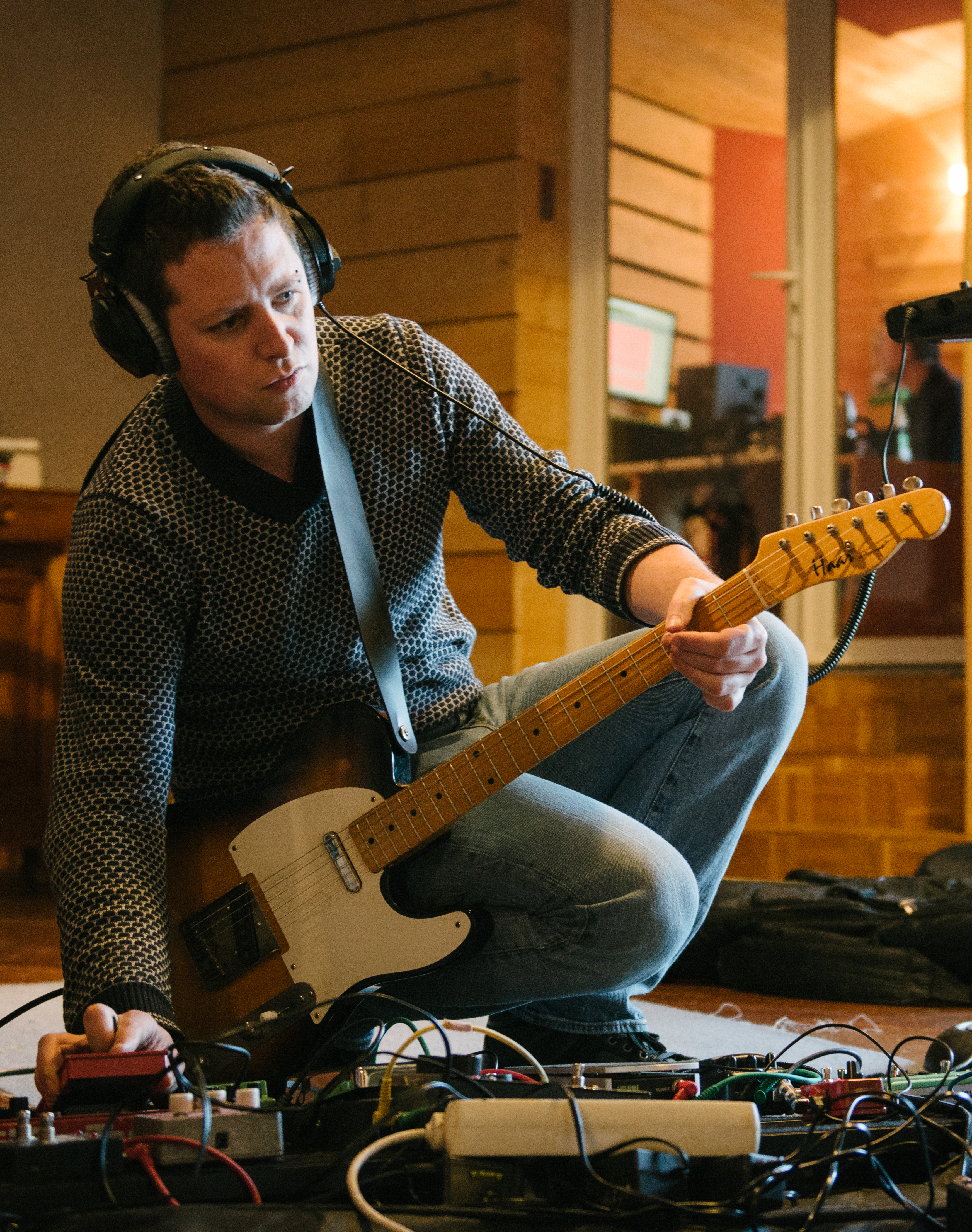 An insatiable musician, sought after as a tireless sideman, guitarist Mathieu Lagraula has made a name of himself on the jazz scene of Nantes, France thanks to his particular feeling at the corner of Jazz and Blues.
Born in 1985 in Metz (France), he receives no musical education, but picks up the electric guitar at the age of 15 and starts playing. Soon the musical projects start to multiply and the choice is quickly made to play music for a living. Since then, he has played in nu-merous bands, of various musical orientations (Jazz, Blues, Reg-gae, Improvised Music, Rock and Roll…)
In 2005, Mathieu starts to grow an interest for the trumpet and it be-comes a second instrument.
Mathieu is a musical instructor for bands and young students, he also takes part in cultural actions such as teaching in jail, or playing in underprivileged areas.
List of bands : The Sassy Swingers, Zgoaya, Soufffle, KETU, RAT, Phil Barouf, Troupe du Malin, etc.