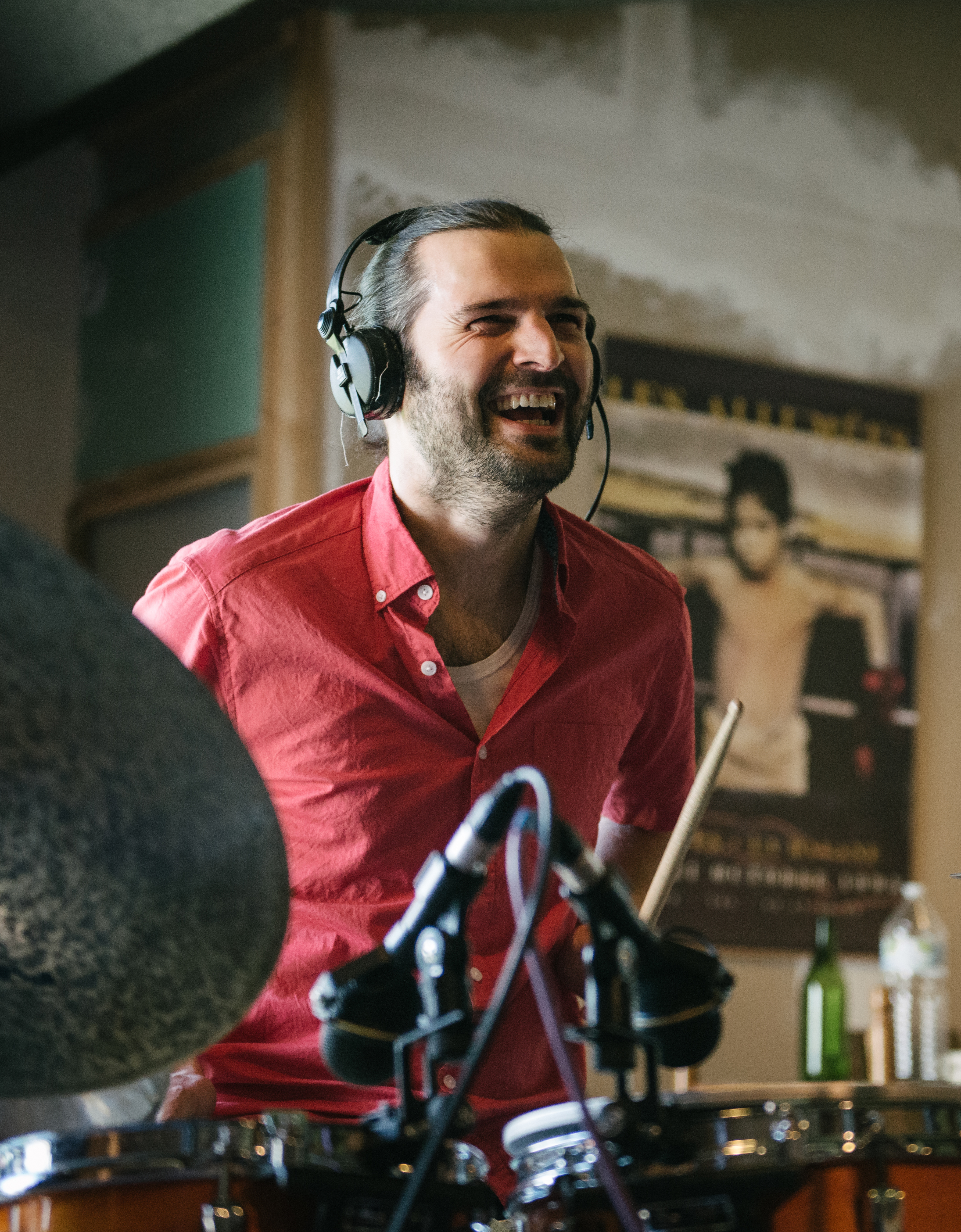 In 2011, a several months journey in India allowed himself to prac-tice konnakol (indian rhythmic onomatopoeias) and to deal with tab-las (indian percussions) techniques in depth. This peregrination en-abled him to integrate world projects as the famous-French singer MooD, Élodie Rama, or Agar-Agar…

He founded projects as leader/composer such as Pulse (funk), DüH, KETU (hybrid jazz/rock/world), and then more recently Colu-nia (jazz chromatic harp band) in still drawing his inspiration from foreign cultures and especially oriental ones.
He is the co-founder of the collective « Spatule ».

He released recently his first album under his own name which is called « Blooming » out on Aut Records in 2016.