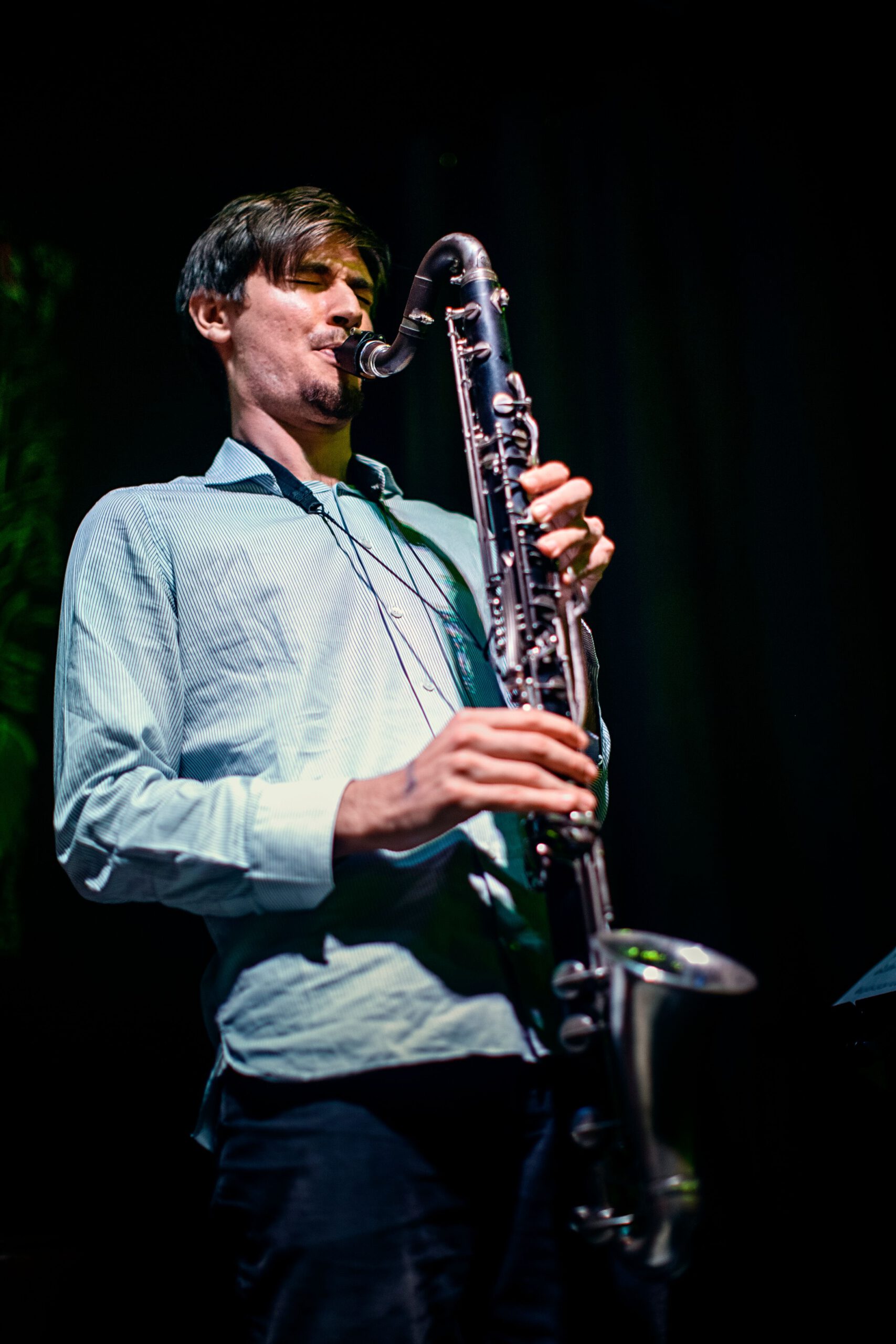 Federico Calcagno (1995) is a clarinet and bass clarinet player, creative jazz musician, improviser and composer from Milano, Italy. He studied classical and jazz clarinet at Milan Conservatory, and in 2019 he graduated in Jazz Master in bass clarinet at Amsterdam Conservatory and attended the International Workshop in Jazz and Creative Music at Banff Centre for Arts and Creativity (Canada), directed by Vijay Iyer and Tyshawn Sorey.
In February 2019 Federico released his first album with his Italian band The Dolphians. This first recording is dedicated to Eric Dolphy and his music – From Another Planet [Emme Label] – which has been catalogued in the list of the best 100 albums of the 2019 by JAZZIT magazine.
Federico won the first prize at the “Premio del Consevatorio di Milano 2018” with his chamber project Tri(o)ttico, the critics award and 2nd prize in the prestigious Italian jazz competition dedicated to Massimo Urbani (Premio Internazionale Massimo Urbani 2019), and other two 2nd prizes: the Keep an Eye International Contest 2019 with his quintet Liquid Identities, and another one as jazz soloist in “Concorso Bettinardi 2020”.
Federico has been active between Amsterdam, Milan and Bruxelles. He’s the leader of the bands The Dolphians, Liquid Identities, and co-leader of Fade in Trio.
He regularly plays as sideman in the bands Noneto Disconcertante, Aviv Noam Quartet, Amsterdam Modern Orkest (AM.OK), Adrian Moncada Sextet, Francesca Remigi’s Archipelagos, and played with Tino Tracanna’s Double Cut and Giovanni Falzone’s Contemporary Orchestra.  Recently, he developed interests in the rhythms of Carnatic music and in the world of the Conduction as instant composition: with Stab Freeze Collective Federico found and developed common elements between “Butch” Morris’ Conduction, Walter Thompson’s Soundpainting and Frank Zappa’s way, demonstrating how a limited dictionary of gestures can be applied on a small orchestra with success.