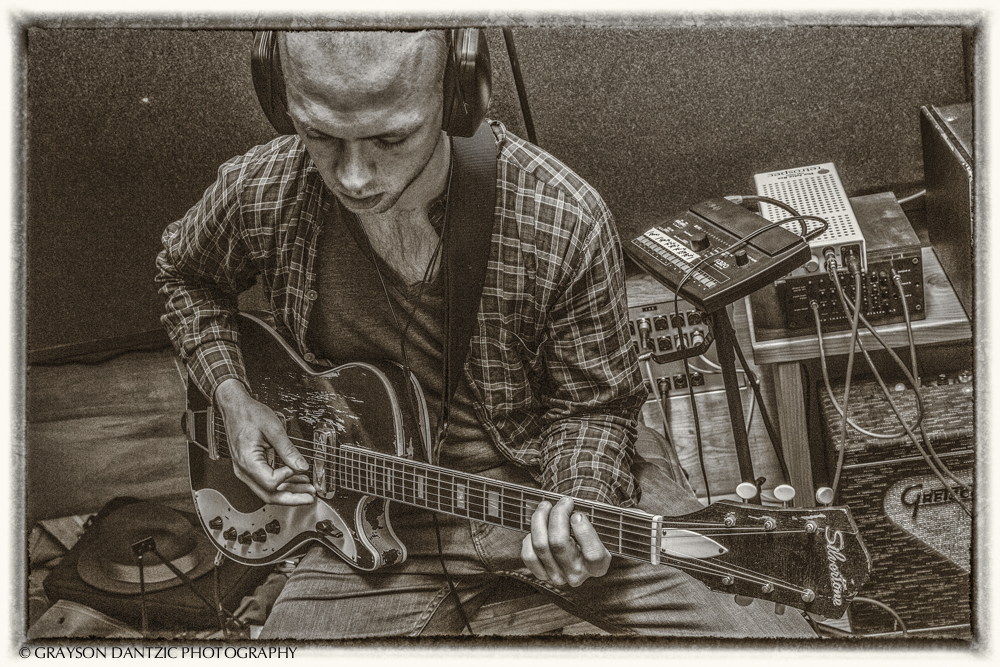 “Dustin Carlson’s music bespeaks a fascination with the many varieties of time, its colors, flavors, densities, textures; the motions of time, its extremes of slow growth and quick change. and also with the layering of time, the machinery of orbits, concentric loops, the human body that is a cosmos of looping circulatory systems escaping gravitational force to lumber into movement and execute some flashy moves at a party, at a ceremony, with stars in its veins, a sun in its stomach and arms that span galaxies … this is what only music, when it is truly music, can reveal and teach.”
– Michaël Attias

“Dustin Carlson just surprises me with each new project, f***ing genius ‘new music’ composer/conceiver-cum-americanonical-singer/songwriter-lyrical noiseblaster-brilliant guitarist with his own voice, but a voice that keeps shifting around in further & otherly ways.”
– David Torn