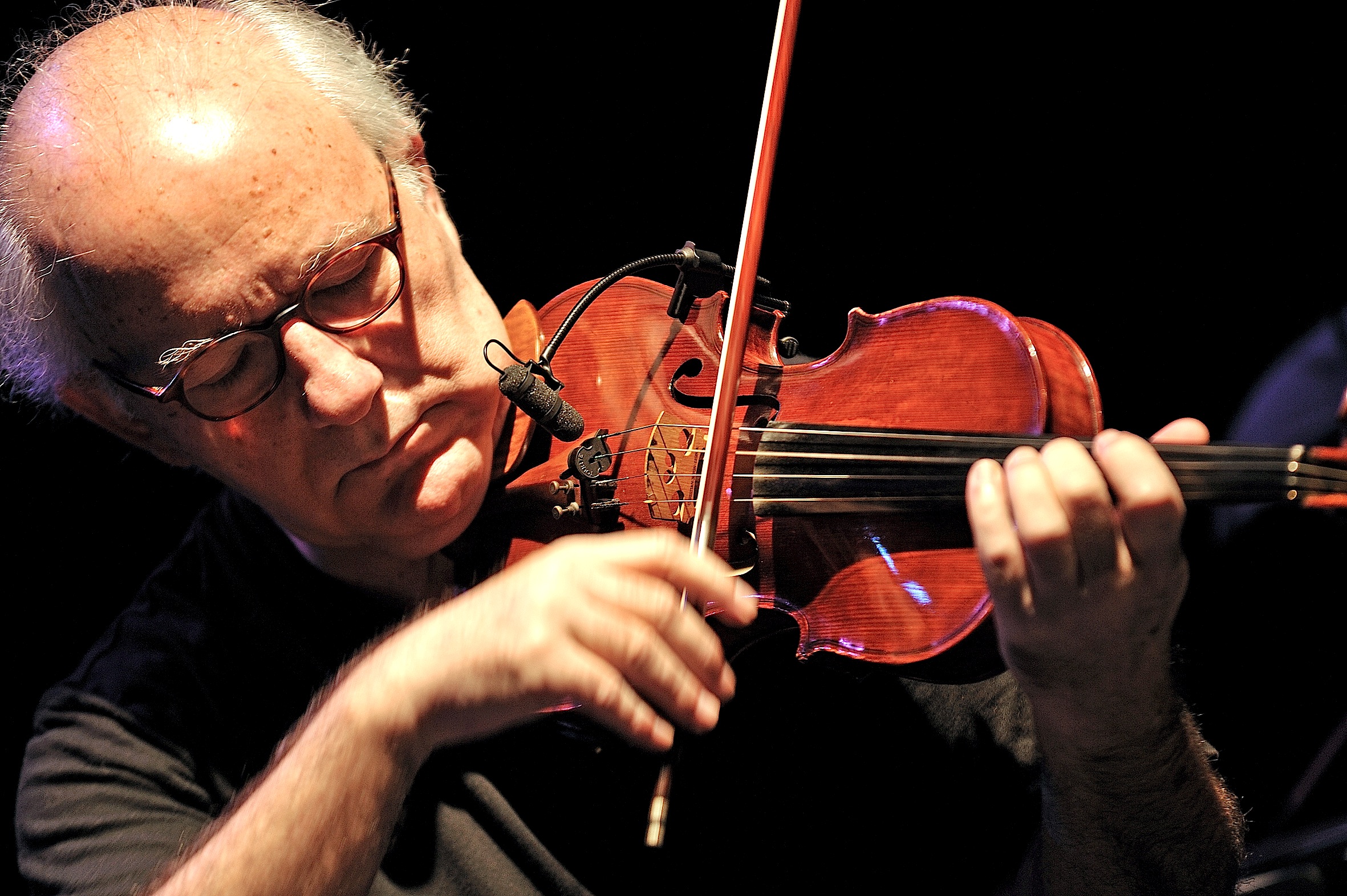 Carlos “Zingaro” violin, electronics, visual arts
Born 1948 in Lisbon, Portugal
Carlos “Zingaro” undertook classical music studies at the Lisbon Music Conservatory from 1953 to 1965, and during the years 1967/68 he studied pipe organ at the Sacred Music High School. Also, during the 1960’s, he was a member of the Lisbon University Chamber Orchestra. In 1967 he formed PLEXUS, the only Portuguese group at the time to have developed a new musical approach based on contemporary music, improvisation and rock; the group recorded a 45rpm single for RCA-Victor in 1968.
From 1975 onwards Carlos “Zingaro” has performed with a wide variety of improvising musicians: Barre Phillips, Daunik Lazro, Derek Bailey, Joëlle Léandre, Jon Rose, Otomo Yoshihide, Christian Marclay, Peter Kowald, Roger Turner, Rüdiger Carl, Wilbert DeJoode, Evan Parker, Günter Müller, Mats Gustafsson, Mark Dresser, Paul Lovens, etc.. In 1978 he was invited by the Wroclaw Technical University in Poland to participate at the 1st Instrumental Theatre Meeting, and in 1979 he won a Fulbright Grant and was invited by the Creative Music Foundation in Woodstock, New York to participate in meetings, classes and performances with such composers as Anthony Braxton, Roscoe Mitchell, George Lewis, Leo Smith, Tom Cora and Richard Teitelbaum (a regular collaborator and with whom he premiered his piece GOLEM at Ars Electronica / Linz in 1990). He also gave lectures on New Notation Concepts, Movement and Sound, and the inter-relationship of Improvisation and Body Attitude. As a soloist, or with other musicians and composers, Carlos “Zingaro” has performed at many of the most important new “free music” festivals in Europe, Asia and America. He has more than 50 published records under his name or in collaboration with other musicians / composers.
A substantial level of Carlos “Zingaro”’s musical activities is associated with theatre, film and dance. In 1975 he completed Stage Design studies at the Lisbon Theatre High School and later served on the board of directors of the School. From 1974 to 1980 he was musical director for the Lisbon based theatre group Cómicos, being responsible for most of the original music scores performed during the period. In 1981 Carlos “Zingaro” received the Portuguese Critics Award for best theatre music and in 1988 he worked with the Italian theatre director Giorgio Barberio Corsetti on his Kafka Trilogy. He has also been stage and costume designer for several other theatre and new dance productions. He has produced several film scores and worked extensively with dancers and dance companies such as the Gulbenkian Dance Company, the Opéra de Genève Dance Company, Michala Marcus, Aparte, Olga Roriz, Vera Mantero, Francis Plisson / Marouchka, Ludger Lamers, etc..
Carlos “Zingaro” was a founding member and director of the Lisbon art gallery Cómicos from 1984 till 1990, and his work has been exhibited, awarded several prizes for his illustration, comics and paintings, samples of which can be seen on a number of CD sleeves.
Since 2002 he is the founder and president of experimental arts / music association GRANULAR.