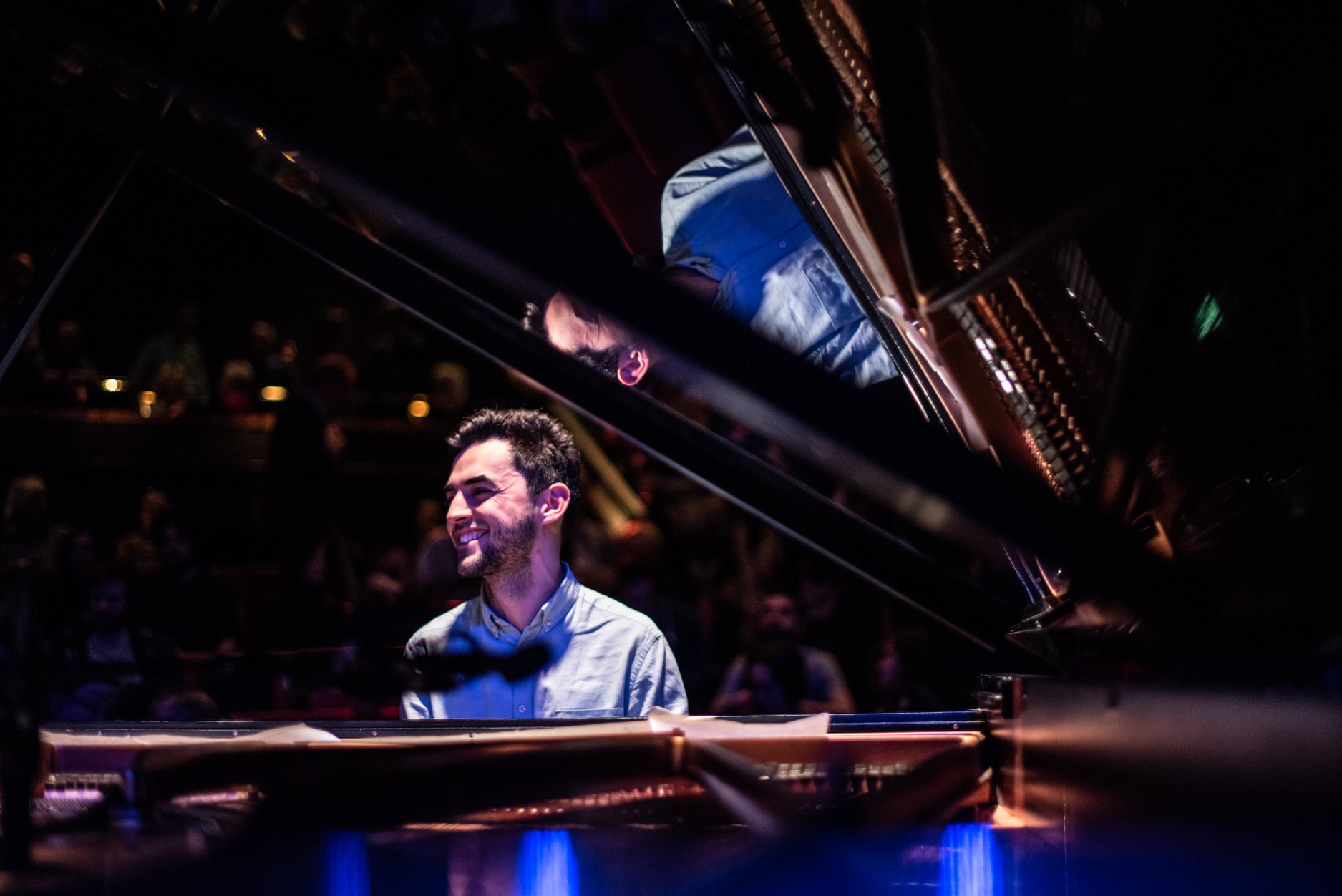 Adrian Moncada was born in Madrid (Spain) in 1994, where he grew up and got first exposed into music through his first classical piano lessons at the age of 8. Thanks to the influence of his father he always kept his ears open to wide variety of styles of music.
It wasn’t till he was 16 that he got a formal jazz education in the “Escuela de musica creativa”. He received lessons from the maestros German Kucich and Andres Alen, who introduced him also into contemporary classical music.
At this point that he decided to become a musician and pursue his career in music abroad moving into the Netherlands. Formerly studying his masters in jazz at the Conservatorium van Amsterdam, receiving lessons from Rob van Bavel, Karel Boehlee, Harmen Fraanje and Franz von Chossy.
Throughout the years he has participated in various prestigious competitions such as: Keep an Eye Competition, Dutch Jazz Competition Finals, Princess Christina Concours, Leiden Jazz Award, Talavera de la reina jazz competition,.. and played in the most important venues in Holland: Bimhuis, Lantarenvenstern, North Sea jazz, De twee Spiegels, Murphy’s Law, De doelen, Rotterdam Schouwburg, Breda jazz festival, Uitmarkt festival, Meer jazz; and Spain: Nova jazz Cava, Bogui jazz, El plaza jazz club, 23 robadors,…
He currently plays in some of the upcoming young bands in the Netherlands such as: Liquid Identities, Noneto desconcertante, Garden Crack, Alba Careta Group, Forest Light, Laurie Carpenter Quintet, Nick Thessalonikefs Quartet and Stab Freeze Collective.
In addition to his work as a sideman, he combines it with two of his own bands with his original compositions both serving as a laboratory of his own ideas.: Adrian Moncada 6tet, (with which he will release his first album recorded in Amsterdam), and Adrian Moncada with strings.